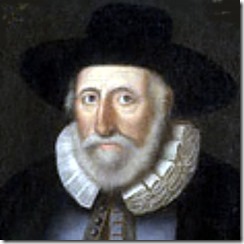 This usually amounts to little more than the common chain-letter variant – “Like this (memey-image or pious-sounding statement) and repost it on your page if (you love Jesus, you’re committed to whatever holy cause this memey-image-statement-thing purports to represent, this sentiment speaks to your heart, etc.).”  I regularly ignore that kind of crap in the same way I used to ignore actual chain-letters.  None of that has anything to do with Christian faith; it has everything to do with some human being’s attempt exercise influence over others or to conduct a social experiment.  This same kind of bogus religiousity is probably also foisted by the same kind of jack-genius upon practitioners of any or all known false religions such as Islam, Hinduism, Buddhism, Wiccan.  Shoot, probably even practitioners of un-religions like Yoga and the various martial arts are also subjected to this kind of thing.

Our congregation has a Facebook page where we post notices, sometimes a few photos, weekly worship service bulletins.  You have to ask to join it.  As one of a half-dozen or so group admins, I either approve or disapprove join-requests.  I routinely reject requests from accounts like “Jasmine-the-half-naked-Hottie”; sometimes the other admins approve requests and I don’t take note of who they are.  Our group has maybe five members who have had no in-person contact with our congregation, but whose profiles appear to indicate some doctrinal variables in common with our own.  No problem.  People all over the world listen to our Sermon Audio recordings.  Typically, the folks who aren’t or haven’t been part of or had contact with our real-world congregation don’t really post anything; I’m not sure what having joined the group means to them, but they’re not usually a disruptive subset.

Last Thursday, one of these online group-members, whose name I didn’t recognize at all (but whose “middle name” indicated he wants people to believe he is like G.Gordon Liddy or is or has been a federal employee or agent), posted what I would characterize as a devotionalistic harangue.  It consisted of about 15 or 20 statements from scripture that, on their face, appeared to have similar import.  At the bottom of this New Testament partial-verse mash-up was the question,.”Who do you know?”  Below the question was a picture of a big hand in space really close to and pointing right at a pretty green and blue Earth.  That picture was a link to the poster’s own Facebook page.

What I know, after 41 or 42 years a Christian, having participated in numerous online bulletin boards Christian and otherwise, is a troll (in the congregation or online) seeking to drive traffic to his own site and/or amass followers when I see one.  So, in a comment below the guy’s post, I called him out and told him I’d delete his post after I got home from work.  My wife, who saw my comments, thought them unduly harsh.  I deleted them later that day with the guy’s post, so I can’t reproduce them here.  My remarks were maybe a little more sarcastic than was warranted.

The real import of my remarks was that, as a congregation, we didn’t know the guy, but we do know the Scripture, and have no need for someone we don’t know to preach to or question us.  My thinking was simply this:  We didn’t invite this fellow to preach to our congregation in the real world knowing nothing about him, his doctrinal stance, or his character, so what standing could he possibly have to preach to us online?

I remember when, in the mid-1990s, I attended a Southern Baptist seminary in the South, I first heard other students and professors complain that the culture wasn’t listening to them and did not recognize their individual or collective authority to speak into the lives of people completely unknown to them.  They were shocked that their message did not vouchsafe them entry into the minds and lives of their targeted audiences.  They also expressed dismay that more and more people in the United States felt competent to make their own choices vis-à-vis religious matters.  I thought their attitude silly; I thought a lot of what they had to say had very little to do with Christianity as revealed in the Scriptures of both Old and New Testaments.  I didn’t listen to them, either.  Still don’t, for the most part.

When I got home, Thursday afternoon, my wife said the troll had responded to my comment.  This fellow posted some very creative, alliterative name-calling, complained that I obviously know nothing of Christian love (I actually do know nothing of what passes for pious Christian sentiment, but I don’t really think that’s love, anyway), told me that he knows the Scriptures, too, as evidenced by the many partial verses he used in his initial post, that he was a member of 72 (yes, 72) Facebook groups, and had never been accused of trolling.  He went on and on.  He did call me pompous and paranoid.

My wife said that sometimes I do seem pompous and paranoid.  Pompous?  Maybe a little, sometimes.  Paranoid?  I usually manage to keep the madness at bay.  I’m cautious in my own way.  But I am completely unwilling to accede to the demand that I unquestioningly accept, endorse, and permit the self-serving posts of a troll.  And I completely reject the idea that my exercise of discernment and choice is incompatible with Christian love, mercy, saving contact with the Living God in Christ, and so forth.