Last Sunday, my son and I skipped church and floated the Barren Fork River through McMinnville in Warren County.  We put in at Smooth Rapids (who shuttled us back for about $11.00) and took out at a concrete ramp in the VFW parking lot – a downstream journey of about six miles.  Another father and son team paddled with us; the kids threw rocks in the water, talked, went for a swim, shared snacks.  After we got back to the outfitters and put the canoe back on the Cross Country, we had a pretty good lunch at the restaurant the outfitter operates overlooking the riverside launch point.  Here are some pictures – I’ll add a few more later as I noticed none of those I’ve posted below are particularly good representations of the river as seen while paddling downstream. 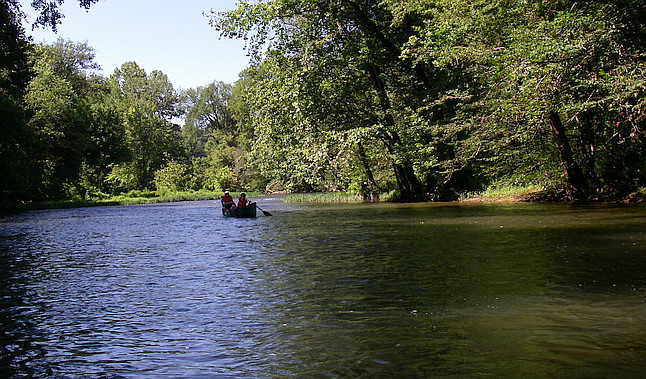 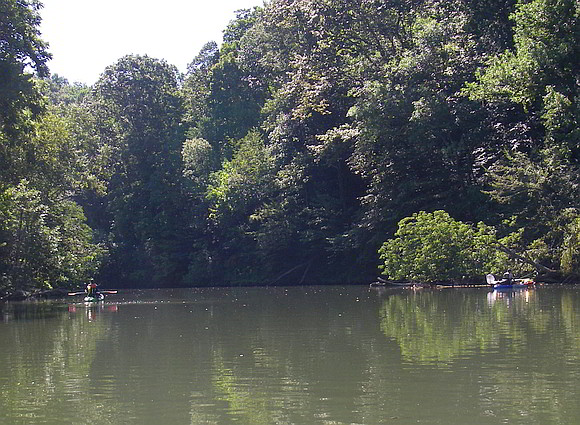 We saw at least three guys paddling sit-on-top purpose designed fishing kayaks not too far downstream from Smooth Rapids put in, and tried to keep our noise to a minimum until we got past.  Much later on, we saw three or four guys in what looked like an Oregon drift-boat (only with an outboard motor) – they were also fishing. 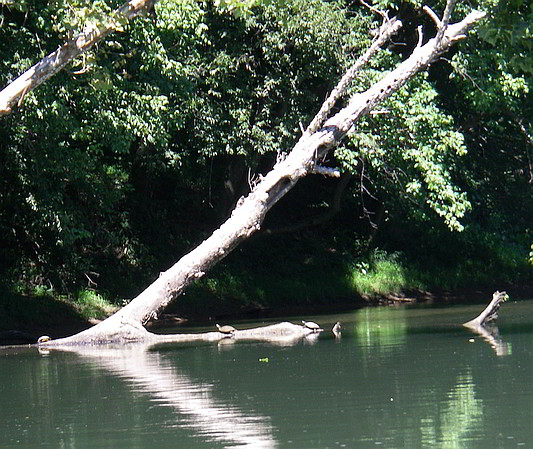 We saw numerous turtles along our route sunning themselves on logs. 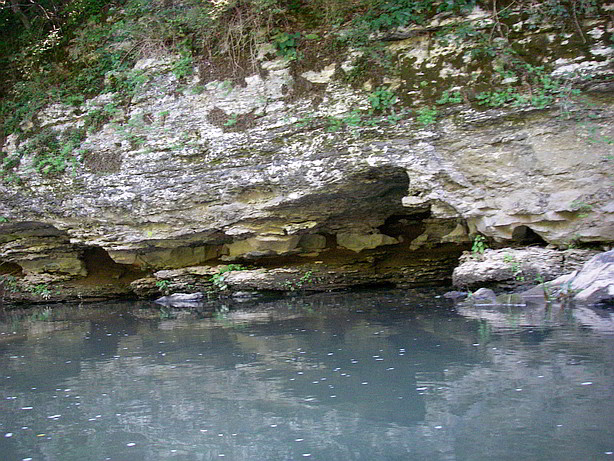 Some rocky cliff faces with undercuts, as above, in many places to our left as we paddled downstream.

A lot of this kind of water grass we saw during the entirety of our trip downstream. 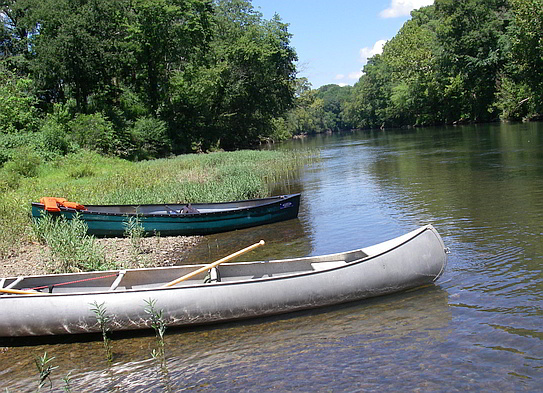 Got out of the canoes here so the kids could swim and throw rocks into the water. It was here that we picked up a number of rocks, and piled them in the boats so the boys could throw them when we continued.  Easy fun, and I was happy to note they didn’t throw them at each other. 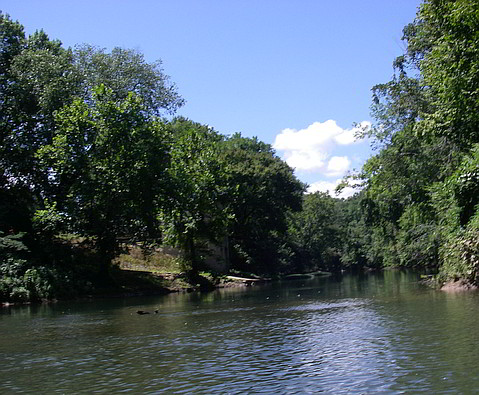 This point is not too far from the VFW parking lot take out.