Tuesday, or was it Monday, I drove to Murfreesboro early, then back to the office by one.

Seen Thursday morning - looks like my wife's not the only one

Thursday early I looked at a foreclosure in the same neighborhood as the house upon which we’d made an offer a month or two back. 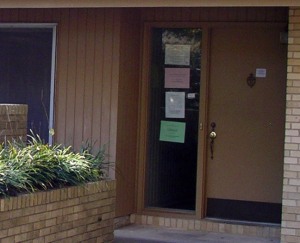 House stank. Huge house, four bedrooms, two baths, attached garage with big workshop, bonus room, big attached storage building. Built on a slab. Three really ugly and large 1960s sliding glass doors. Maybe 2200 square feet. All the floor covering must go. All the wallpaper must go. Everything must be repainted. Possibly a shower pan in one of the bathrooms must be replaced. Kitchen cabinets are ugly, but can be tolerated because they can probably be cleaned. Appears structurally sound. Exterior looks okay. Three layers, at least, of shingles on the roof, so plan on another. Puny cooling unit, so plan to replace.

Thursday I took Thursday, my silver 1997 Volvo 850, in to see Mr. Amelang for wheel alignment and balance. While I sat in a scuffed metal folding chair by the shop’s hot wood stove reading a model airplane hobbyist magazine, the quiet mechanical precisionist identified a goose-egg sized bulge in the inner side-wall of the car’s front right tire. At the same time, he mentioned to me that the tires were about worn out. I looked, and beheld wear-bars within a hair’s breadth of worn tread. That bulge looked pretty bad, too. I’d taken Thursday too close around a shoulderless right-hand turn dropping the doomed tire off the pavement’s edge. Plonk. Cussword. Steering had been pretty squirrelly for a week or so thereafter, which is what prompted me to have alignment seen to.

“Do you think it’ll be safe to driver over Monteagle to Chattanooga tomorrow?” I asked.

“I wouldn’t drive seventy,” Mr. Amelang replied, then, after a pause, “I’ll move it the back, that way if it blows out, it won’t do as much damage. 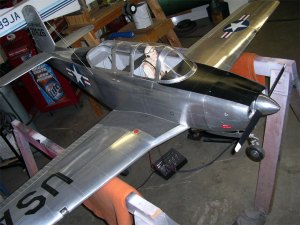 Drove 75 or 80 miles per hour, one on the Interstate, to Murfreesboro where I bought four Michelins to replace the 80,000 mile Yokohamas that’d given maybe 55,000 mile service. To be fair, I’ve always kept those tires close to maximum inflation for more precise steering and better mileage, which undoubtedly contributed to their early demise. Had the tire-shop fill the new Michelins with nitrogen which supposedly prolongs the life of the tire by remaining cool and neither expanding nor contracting during use or according to season.

On the way to town after work I stopped at Subway to pick up sandwiches, then met my wife and our realtor at barn of a 2600 square foot house located not far from where the Cautious One works. House has been on the market over a year, ridiculously overpriced for its location. Four bedrooms, two and half baths, large detached two-car garage.

We looked at two other houses, ate our supper in the car; returned home tired and well after dark.

Friday morning I arose at 4:45 am, pressed the button to make the coffee I’d prepared the night before, made and ate a bowl of oatmeal, made a lunch that included half of my previous night’s supper. Looked at the Internet. I was in the car driving a little after six. Stepford is on US Central Time, but Chattanooga is on Eastern Standard Time.

Those four new Michelins were a little mushy. Although I was only able to make them speak on one very tight freeway onramp (I think Exit 178 from I-24 East to 27 North), the tires at recommended inflation did not lend themselves to the rail-like tracking I have come to prefer. Both ways over Monteagle, the tires seemed to drift me centrifugally left or right as the road curved according to the hill’s topographic vagaries.

Only one of my appointments presented for testing as scheduled, and she arrived much too early. The scheduled interpreter arrived on time according to arrangements made several weeks ago. I administered fewer instruments than planned because more in-depth testing would have been inappropriate based upon observed behaviors and tested levels of academic achievement. The referring file contained nothing of use in preparing for the evaluation.

While I was busy getting to and working at Chattanooga, Caution-Lady and my mom took Seventy-Six to Nashville for CT scan to determine whether the apparently bone-covered cyst on his left brow extends its foul reach through the suture-line and into the infant boy’s skull. He did fine, although he had to have an IV to introduce some sort of dye into his system for imaging contrast.

On my way home, I got cheap gas at Manchester, and stopped at Jim Long Imports for Thursday’s 150,000 mile service. Ugh, another expense.

Back home, CL and 76 had arrived just a little before I did. We ate a quick supper, then had to enrobe our cranky baby (detoxing from the sedative given to induce stillness during the CT scan) in his green Godzilla costume to take him around to the homes of relatives and friends for his first ever Trick-or-Treat outing. He fussed horribly at the first stop. Was somewhat less angry by the time we got to my mom’s house, and after a short visit during which my wife and I ate cookies and candy on behalf of our son, we headed home without making the other intended stops. The kid just needed to be home. So did the parents.

Today, we accomplished nothing, but did look at some more houses. I am tired again.