As my June 2019 post indicated, I’ve been focused much more on living life than photographing or writing about it.

Did I mention it here?  In June, for my wife’s birthday, I got it into my head to bake her a cake.  She requested a cherry chip cake made from scratch.  I ended up more assisting her than making it myself, but she was pleased.  It was good enough to eat.

Turned out the cake was edible

In July, my family and I motored north to my wife’s family farm in Indiana (I always hate writing ‘in Indiana’ but this time will not find another way to present that data) where my wife was briefly reabsorbed by her family, I spent a lot of time bicycling, and our son hung out with and bonded with his cousins.  I crashed or fell off my bike twice in the same day injuring a different shoulder each time and am still feeling the residual effects of one of the injuries.  Both falls were stupid and each was my own fault – while annoying, that truth actually does help me accept the ongoing pain.   Rode to Muncie, Prairie Creek Reservoir, small municipalities thereabouts.  I saw what looked like a heroes’-gate shrine of some sort.  No hero this writer, I didn’t walk through the gate although I found it open.

Muncie Chic-Fil-A.  I eat there every year.

Only one graffiti snapshot.  Grassroots Christianity is an interesting phenomenon. 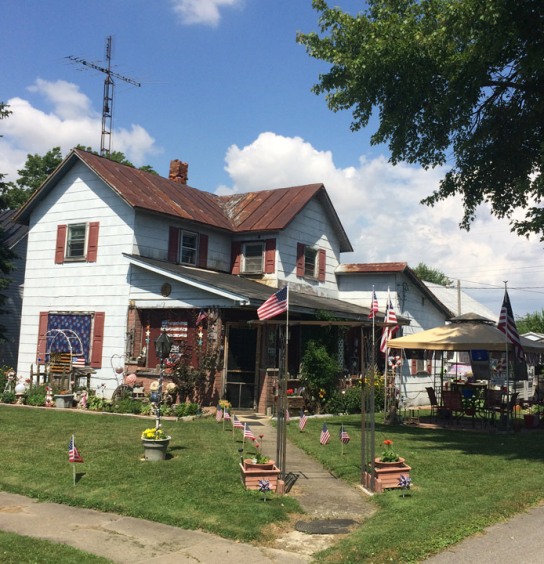 Patriotic display in a poor community.  I really liked it. 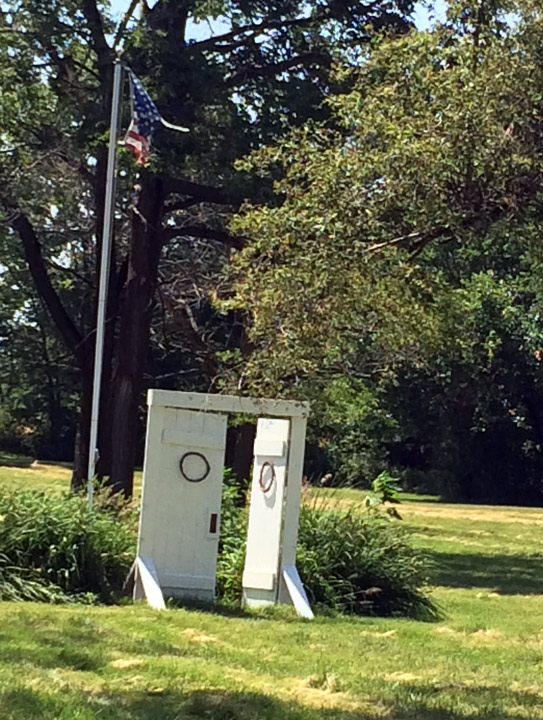 Missed it by that much…

Last month, my son and I finally painted the mailbox’s weathered, white wooden post.  My mother has averted her eyes in shame the past 5 – 6 years when she’s come over to the house to visit due to the deficient pride in ownership that neglect has evidenced.  The month before, I finally finished sanding out the damage perpetrated by our yard’s squirrels upon three of my 2005 Pouch RZ96’s cockpit ribs.  I’d left the kayak assembled outdoors and neglected it during a dark period in my life when I worked in an agency maybe best described as the unfortunate-kid-from-the-dysfunctional-family-down-the-street of law enforcement.  About three weeks ago, I re-varnished the squirrel damaged ribs.

I’ve been writing out my thoughts and ideas – working on a conceptualization of a variety of human interaction I refer to as “Shit Room Theory.”  It’s not ready for publication yet and I’m trying to figure out how to manage a lecture on the subject for my YouTube channel.  That said, in its embryonic form, the theory’s been of help to two or three individuals facing a variety of unpleasantness.

After having been in my “new” office since March of this year, I finally last month admitted to myself I was unable to make sense of the room’s shape, its space, for the purposes of hanging my stack of artwork and arranging my furniture.  Once I’d done that, I asked a family friend if she could help me out with the office and within the space of about 4.5 hours, she’d corrected and made sense of my office’s decor – I simply followed instructions and moved things, sorted clutter.  The woman’s a genius.  If it wasn’t a breach of my company’s rules, I’d post a couple of photos to prove it.

Within a couple of days of that, a family very dear to us relocated to Helena, Montana.  Theodore Zachariades has taken a position preaching at a Reformed Baptist congregation not far from that capitol as well as working with a Christian polemics website, Pulpit & Pen.  Although I haven’t had much contact with the Theodore and his family in the past year and a half, my world feels emptier with them hundreds of miles distant.  Not gone, as the Expanded Universe Mandos have it, just marching far away.

Yesterday morning, I assembled the RZ96 and with my son’s help loaded it onto my Volvo’s roof-racks and drove to a nearby slough with a put-in at a rural city park.  I gave the boy the good water shoes and wore a many year’s old pair from Wal-Mart that tore up while we were lining the boat through shallows.  This was his first time in a kayak, and he’d been nervous because he supposed the behemoth unstable.  By day’s end, however, he was comfortable enough to stand while underway to better view the scenery.  I hope you have all been well and that you enjoy the photos. 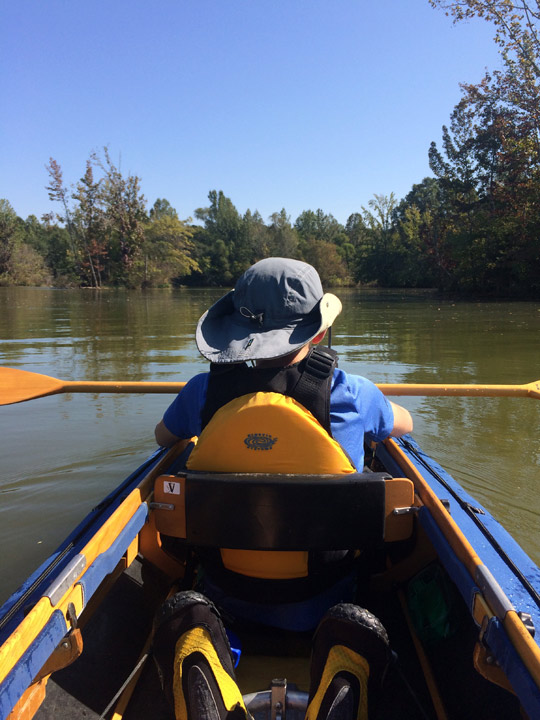 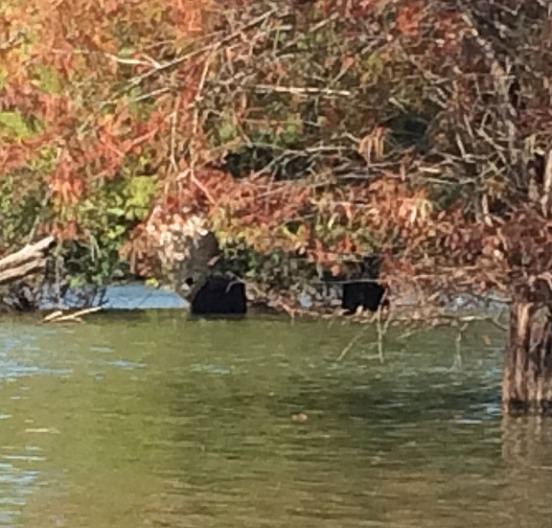 My son saw what he referred to as a “bees’ nest.” We steered well clear of this hazard. 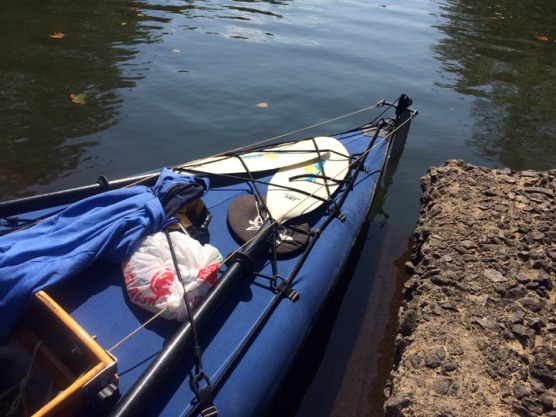 Second lunch stop.  Dunno whether these were piers from bygone footbridge or part of an equally past-tense dam of some sort.

In the shallows.  That’s a Klepper paddle probably my age.  We did some umbrella sailing early on.  My son didn’t think it would work and was amazed when it did.

This is how I look when I’m smiling.  Obligatory selfie.