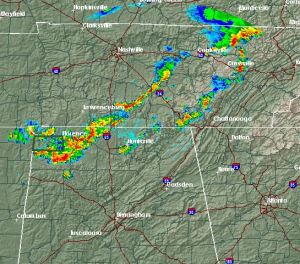 UPDATE: Cussword Freaking Rain is interfering with my plans for the day.

Today I’m taking another run at the Pionier 450-S keelstrip project.  Remember last time I found that the floor of my garage wasn’t clean-room appropriate for the application of toluene to the approximately 13′ strip’s underside.  In a “D’oh!” moment last week, it occurred to me that I could clean it and keep it clean if I put it upside-down on the hull of the inverted Pionier over sawhorses making a semi-clean work surface under a tree in the driveway. 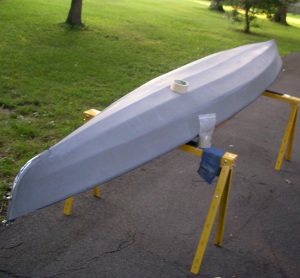 Pionier 450 S inverted on sawhorses in my workshop

I know that Mark’s instructions for keelstrips call for perfection, but I’ve never been able to manage perfection in the realm of DIY projects.  Historically, I’ve had a hard time figuring out how quarter-round needs to be cut to fit in to and around corners.  That stuff’s baffling.

Because it’s essentially a 2.5″ x 13′ ribbon of synthetic rubber and fabric, the hypalon keelstrip ribboned off the boat’s hull at one point, and I cussed asking God to judge the matter and send it to the hottest place as I caught it in loops and kept it, mostly, off the ground.  That happened as I was rolling the strip with the clean-side out, per instructions, before putting it in it’s bag to stay clean until called for.

I tried to use one of my razors to debride the worn places along the keel, but that didn’t work.  It tended instead to fuzz the edges out somewhat.  So I’ll just have to slop on the glue and stick the strip down extra hard hoping for a good bond.  I will have to measure again, mark, sand, clean, and mask the hull along the keel before painting on the neoprene cement.  The chemical fumes may get me in touch with my left brain and result in better work.  I can at least hope so.

Other goals for the day include a long walk, other fitness activities, cleaning out the little “frog-shaped” pool in the yard Seventy-Six has been using to splash in, assembling the E-68, and washing the 850.  Tomorrow I think I’d like to paddle and mow the lawn. 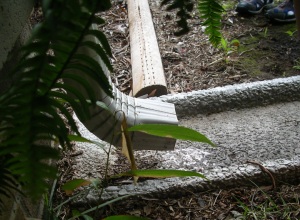 As the rain began to fall in the morning, Seventy-Six and I ran around in the yard kicking the basketball

The rains stopped two or three hours ago, and I was able to get the hull re-marked, wiped down with toluene, taped, and have applied the first coat of neoprene cement.  Humidity’s relatively high, but this is the day and place I have to work with, so I will hope for the best.  Thanks to the chemical fumes, the gnomes in my noggin are feeling pretty active and have found their hammers.  In hoping for the best, I am hoping the left brain gnomes make contact with the right brain gnomes and some sort of equilibrium ensues thereafter. 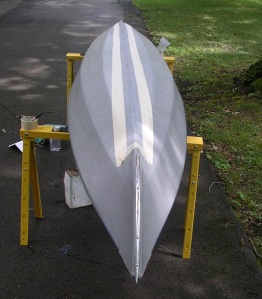 Hull is taped prior to application of neoprene cement 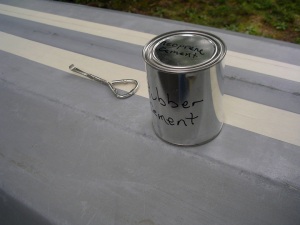 LATER: When I removed the masking tape from the hull, some of the glue pulled off, too.  At the bow I noticed it first, and brushed on more neoprene cement, let it dry, then began at the stern to gingerly remove the rest of the tape.  Got most of it removed without too much trouble.  I tried to follow Mark’s printed instructions for applying the strip to the glue (although I never did remove the hull’s endcaps and bumpers).  I used a wooden spoon as a “hard object” to press firmly down on the keelstrip as directed to smooth out any air bubbles or wrinkles. 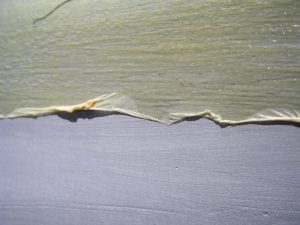 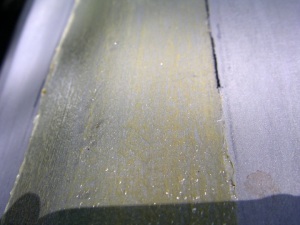 By the time I had got about two feet of keelstrip down on the hull, I was aware of problems with the strip sticking on the side of the boat furthest from me.  The edges didn’t seem to be staying down “right.”  I completed the process anyway, and then went back over the entire length of the keelstrip with the wooden spoon to see if that would correct the problem.  In some spots it did.

At the places where the edge was not stuck down, I brushed in a little more of the cement, then used the spoon to press the strip down and smooth it out.  That seemed to work.  I’ll know for sure in a couple of days after the application has had a chance to “cure.”  If it doesn’t work, I can always paddle the kayak until the hull wears through and then order a new one from Wayland.