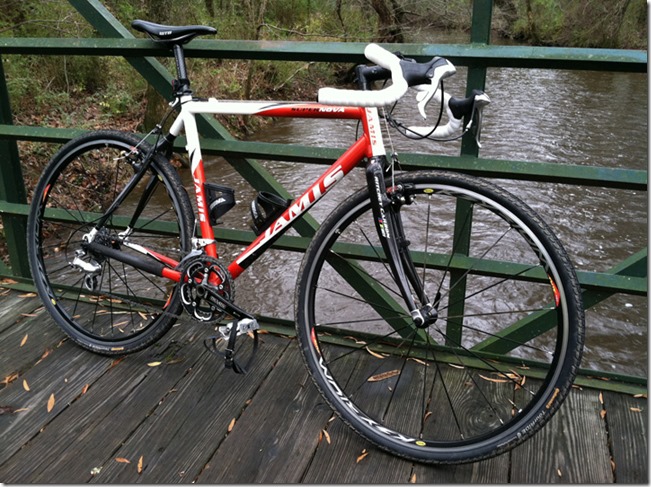 Last Saturday, I was the only one to show up for the local bike club’s Winter Standing Ride.  The ride is so named, I think, because it falls on the same Saturday each December.  The season’s still Fall, though, isn’t it?  I drove to the meeting place, arriving about on time, and waited until about a quarter past the hour during which time I talked about cycling with a couple who’d parked next to my car and started asking questions about the bike, about the club, about cycling.

I realized that I’d left my water bottles at the house, on the floor of the garage beside the stand where I keep my bike.  The day was cool, but I’d worn enough layers to keep me warm and, anyway, my alpha-class mutant power is sweating.  With that in mind, I set out against an annoying 10-15 mph headwind and rode out to a nearby college campus – maybe seven miles distant.  On a long, straight stretch of country road, the side-winds once or twice threatened my control of the bike’s forward motion.  That’s a down-side to riding a lightweight, modern frame; I never would have been blown the least bit off course riding the Miyata 610, a bike that’s almost 30 pounds fully rigged.

At the school, I stopped in at the Baptist Student Union – seeing lights on and cars out front – to use the bathroom and get a drink of water from the tap.  Turns out a congregation was in there having a Christmas party.  They kindly allowed me to use the bathroom and gave me a bottle of iced water from their cooler.  I was glad I’d worn a pair of windpants over my indecent-around-non-riders, anatomy disclosing thermal tights.

I halved my ride’s distance due to lack of much to drink; the 8 or 16 ounce bottle I’d been given didn’t last long.  On the way back, I stopped and visited a good friend and my amazing mom.  The horse picture I snapped at my friend’s house.  His wife home-schools their many offspring, and I guess used the rebus painted on the back of an out-building to teach equine anatomy.  I rode over the bridge pictured on a greenway near where I’d parked my car. 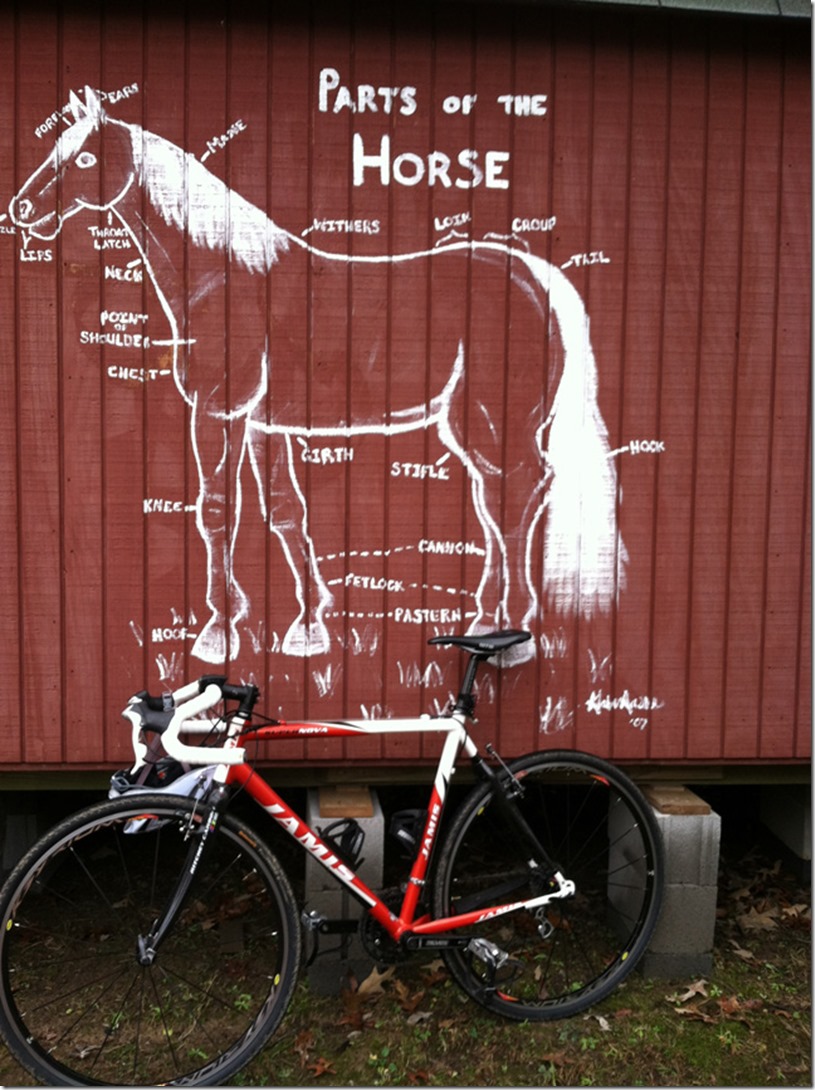 Drive sides in – bike and horse